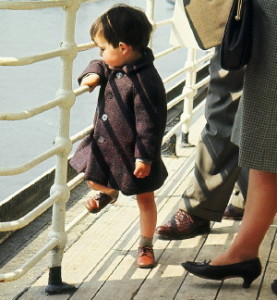 A common regret expressed by adults is that, as a child, they were excluded from attending or participating in the funeral arrangements of a close relative, including their own parents.

That was the accepted convention of an earlier era.

Children can be positively involved in all aspects of funeral arrangements from creating artworks, decorating the coffin, choosing the music or flowers to performing readings or musical recitals.

The funeral is their opportunity to say goodbye, respecting and acknowledging their relationship to the deceased, within the support network of family and friends.

We suggest working closely with the minister or celebrant leading the service to incorporate the children in the funeral ritual.

Whether a treasured piece or a freshly produced painting, children love to gift their talents. Drawings can be tucked inside or decorate the outside of the coffin.

A grandson who had produced some magnificent artworks was rather indignant to discover that his work was going to be ‘burnt’. We compromised and took colour photocopies. He was satisfied – keeping his originals.

A keen young baker produced dozens of cupcakes for the refreshments after the funeral.

We have witnessed amazing instrumental tributes from older children and capably read poems, thoughts and prayers.

A young nephew was the designated photographer for the day. We recommend families record the day’s events creating a pictorial diary for absent friends or later reflection.

Children are great at handing out the service sheets and warmly welcoming attendees.

Children can help to carry the coffin – strategically placed in the middle allowing the weight to be carried by the other four bearers. For younger children, a ribbon attached to the handles enables them to be part of the procession.

Broadbent & May provides small shovels for children to participate in the backfilling of the grave.

Children are inquisitive, be prepared for disarmingly upfront questions on all aspects of the funeral, from care of the body to the process of cremation or burial. They are usually satisfied with a brief and candid explanation. We are happy to provide you with the information or resources you may need.

Give them a clear explanation of what will happen at the funeral and expected behaviour. Sitting quietly for an hour or more during a funeral service can be a challenge – bring a quiet, absorbing activity. We always have drawing paper and colour pencils on hand.

From simply attending or taking a more active role, let the children decide their level of participation – above all be patient and flexible.

Books provide an opportunity for children to express and articulate any concerns relating to death and loss.

The Children’s Bookshop in Kilbirnie has sourced a number of titles that deal with death and grief aimed at different age groups.

Skylight, a counselling and support service based in Newtown also has a number of these publications.